The industrial legacy of Cork harbour has left a rich repository of maritime history and heritage artefacts scattered around Cork’s inner harbour.

The maritime fortifications of Spike Island has been used as a prison and the steel industry at Hawlbowline Island has imparted serious pollution to the harbour.

However this history is in the process of being rewritten. Once polluting industry is now being cleaned and converted into parks and recreational facilities. The fortifications of Spike Island and Camden Fort are seeing a renewed push to reveal their tourist potential and Hawlbowline is being remediated as a public park and Marina. This project references the industrial heritage of Cork harbour through the use of materials such as steel and charred wood, but used in such a way to elevate their function to a high quality architectural context. Maritime planting evokes the proximity to the sea, with a restrained palette of coastal perennials in contrast to the architecture of the harder elements. The planting within the traffic islands, roundabout and large bed is intentionally restrained to emerge from sea washed pebble. Amongst this shoreline of smoothened pebble a hard crust of limestone rock is exposed referencing the cliffs of the outer harbour. The contrast between the materials is highlighted with steel edging. 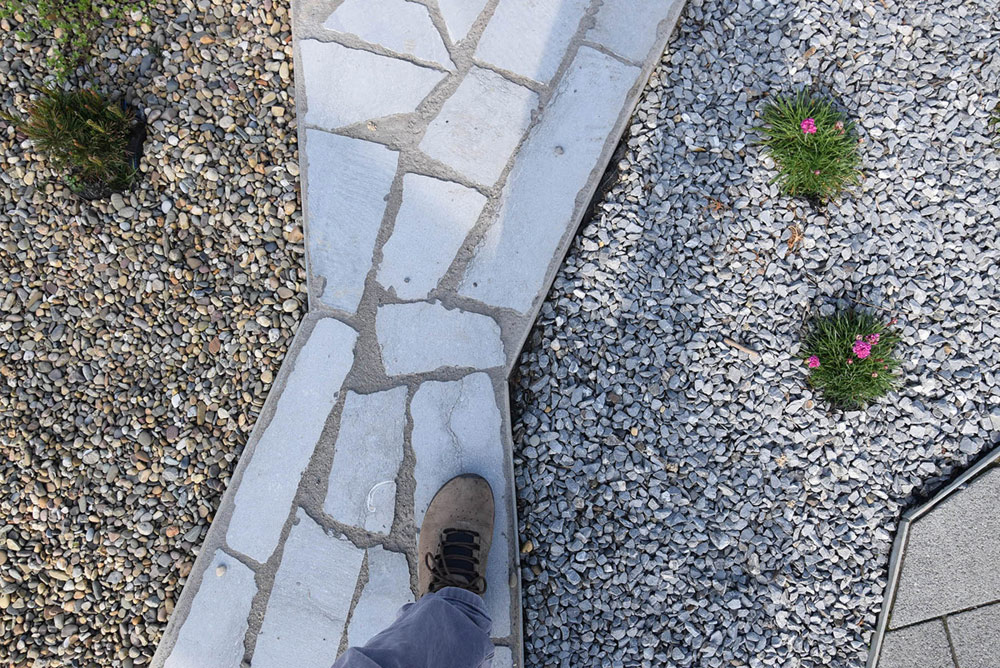 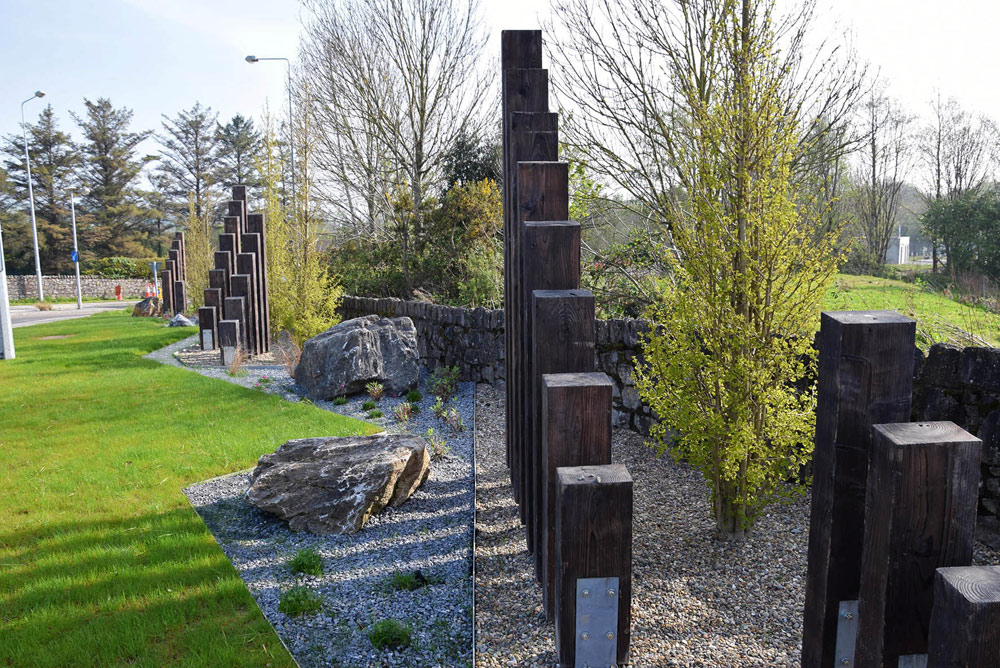 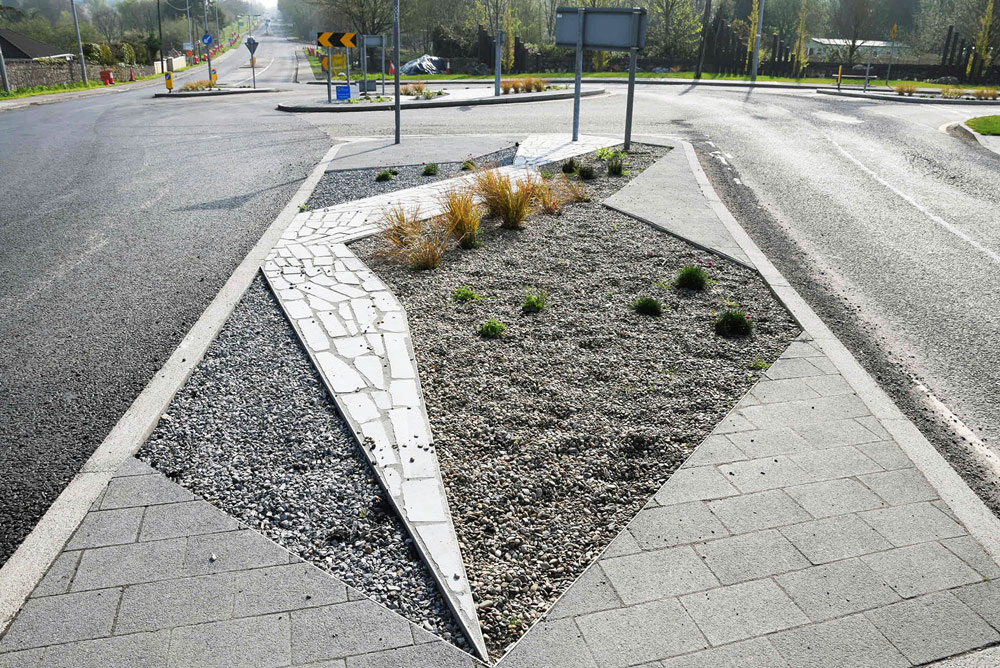 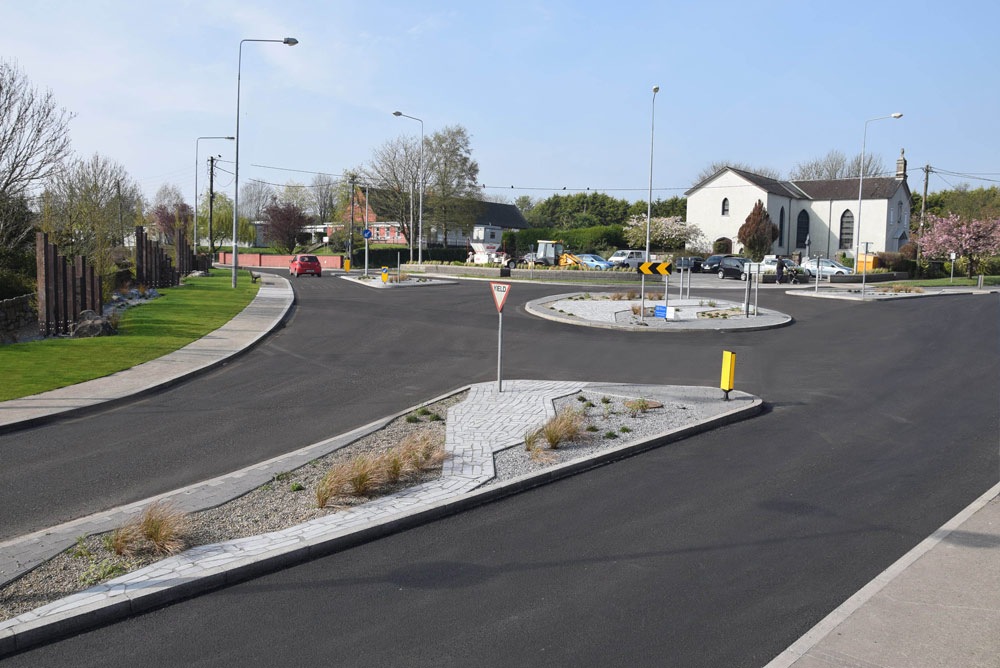 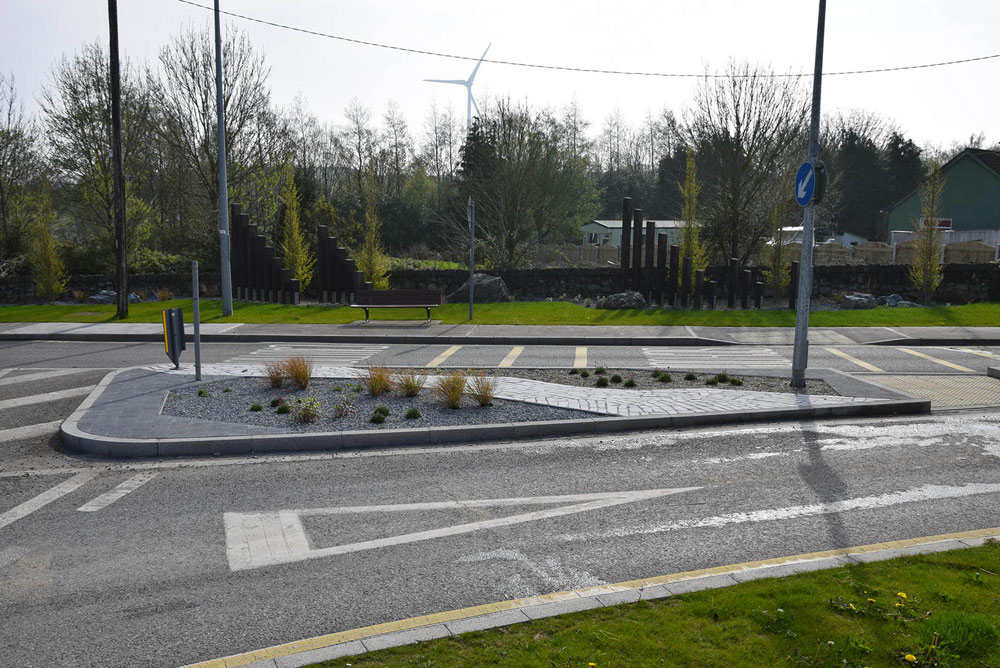 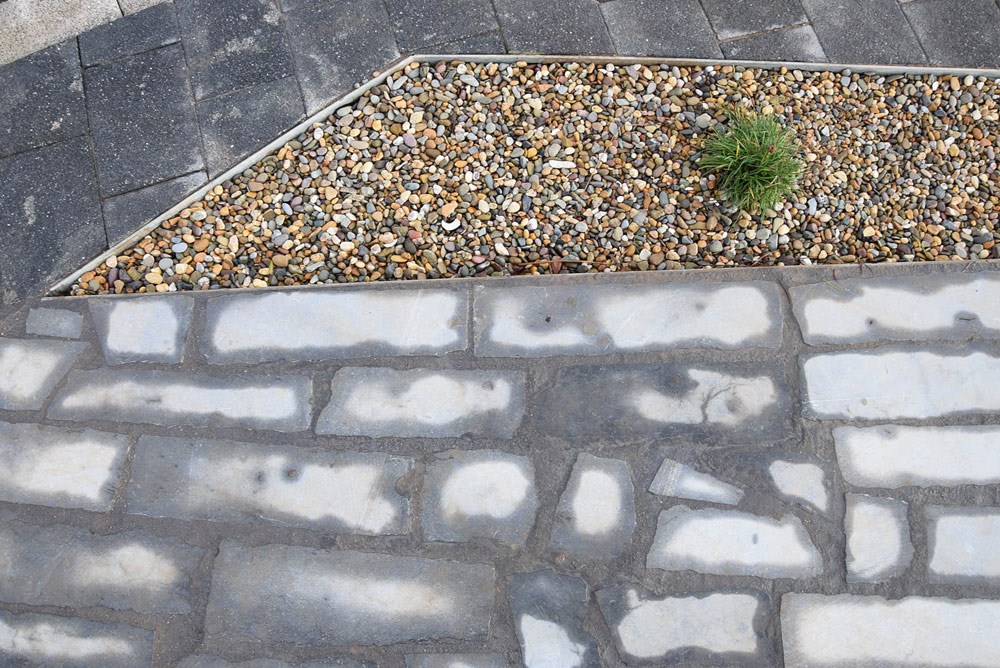