Béal na Bláth is a place of profound national significance for the island of Ireland. This is the site of the assassination of Michael Collins on 22nd of August 1922. This site however, represents more than the immediate location of his assassination and extends to the wider landscape beyond. This landscape takes into account the historic route taken by Michael Collins on that day and also the routes taken by his assassins.

Michael Collins was shot after being ambushed upon entry into the narrow winding valley of Béal na Bláth. The shot that killed Collins appears likely to have been fired from the small lane that runs parallel to the road along which Collins’ car was traveling. This lane way was screened from view by a wall and a mass of trees and bushes. “We had just turned a wide corner on the road when a sudden and heavy fusillade of machine-gun and rifle fire swept the road in front of us”. *(Testimony from Emmet Dalton who was with Collins in the car at Béal na Bláth).

A commemorative monument consisting of a stone cross was placed on the site in 1924. Over the years railings and steps have been added to the monument podium in order to facilitate the annual memorial event.

In the century since the assassination of Michael Collins road widening works have removed some of the specific landscape features including the narrow twisting sections of the route and the earthen bank parallel with the road. Small scale modifications to the River Noneen have also simplified its course. In addition grazing pressures on the adjacent lands have eased and the wet fields have become dominated with scrub vegetation.

In considering an approach to recovering the memory of this event an Historic Landscape Assessment and subsequent Design Code were undertaken by Finola O’Kane. This work examined the historical fabric remaining and outlined current conservation practice. Historic testimony from Emmet Dalton who was with Collins in the car at Béal na Bláth was instructive for conservation purposes.

This project was designed by CPIU Architects at Cork County Council and developed post-planning in collaboration with Scott Tallon Walker Architects acting as lead consultant of a multidisciplinary design team for design detail and implementation.

This design sought to memorialise in hewn stone the approach to the stone cross. This solemn approach traces the original narrow curvature of the road prior to road widening works.

Cathal O’Meara Landscape Architects were engaged as Landscape Architects tasked with sensitively gathering the remnant landscape features and exposing these in the revealed design. Selected scrub vegetation was removed to expose the vulnerable valley location and to reveal the ambush points.

A simple palette of native vegetation was selected which have deep associations in Gaelic culture with death, eternity and rebirth after death. This vegetation included the selection of Yew (used as hedging) which is usually associated with death of the old and the Scots Pine with its evergreen needles which is associated with the birth of the new. These elements are composed in informal arrangements, organised to orientate the visitor as they approach the monument. 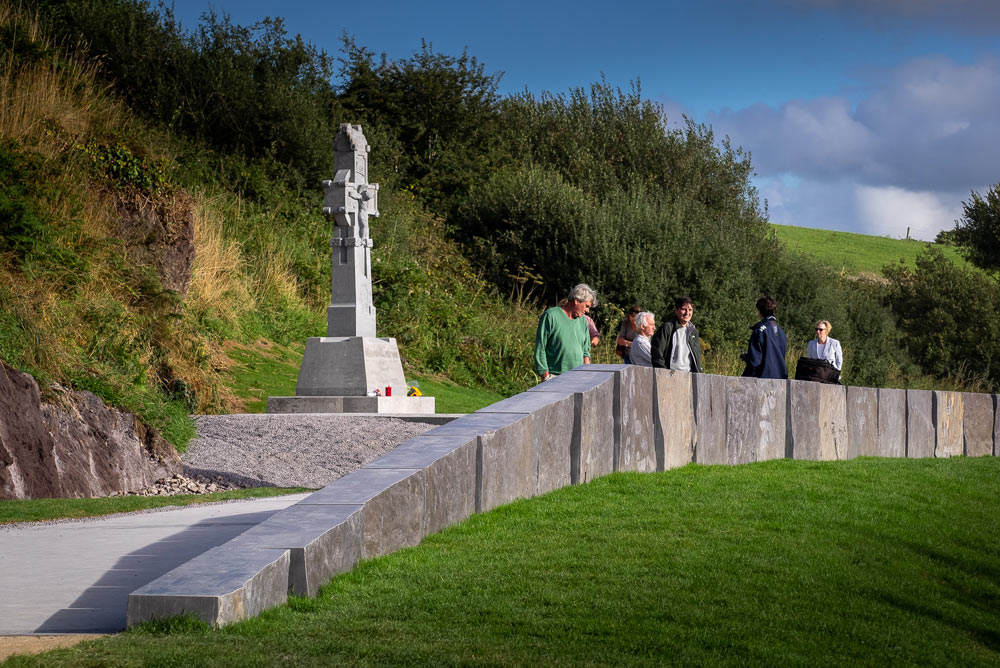 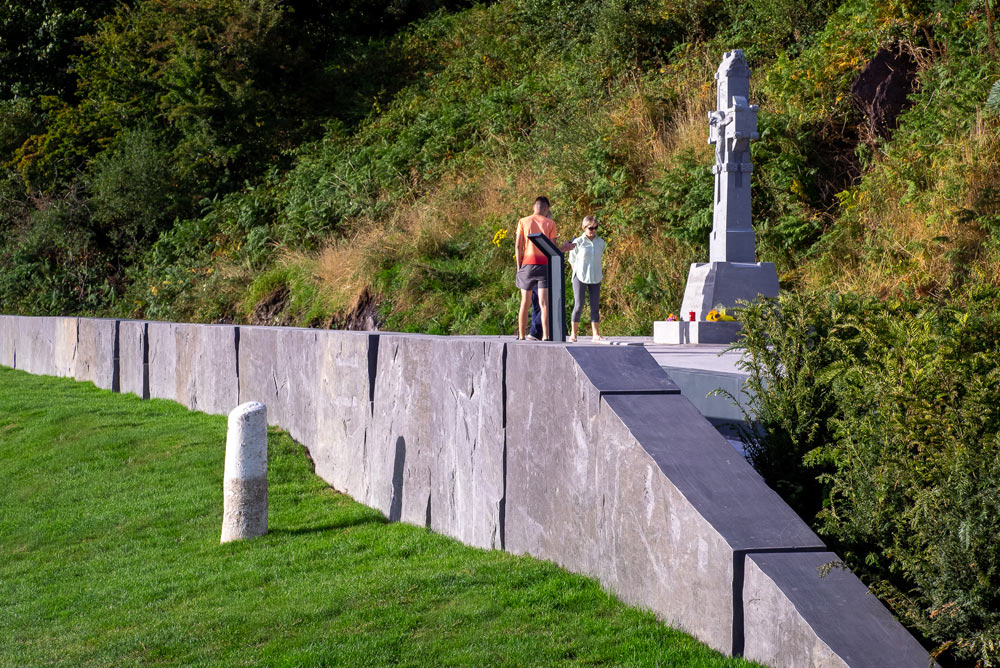 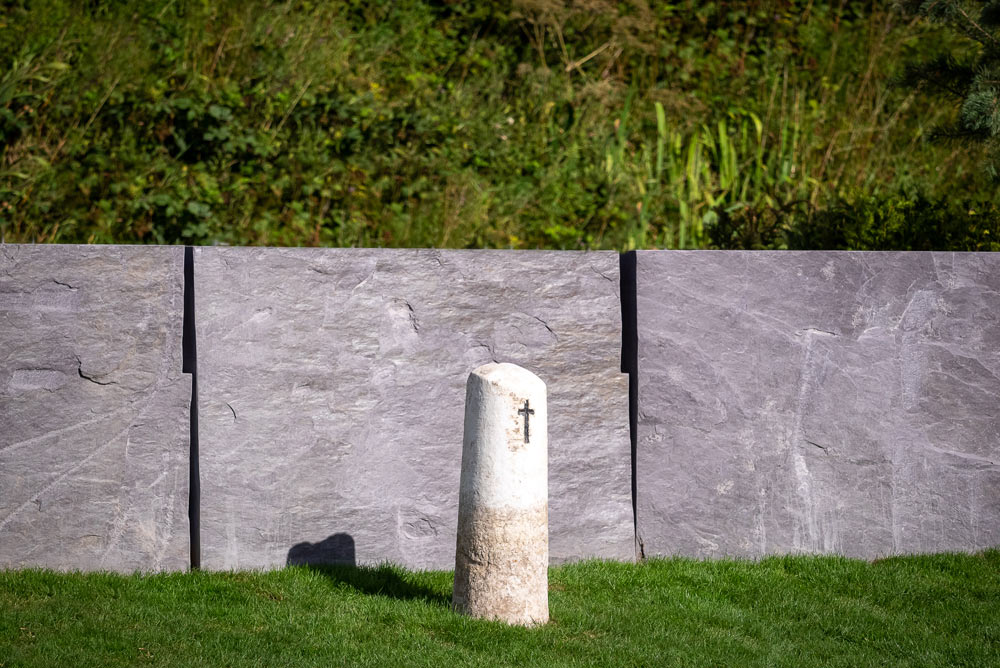 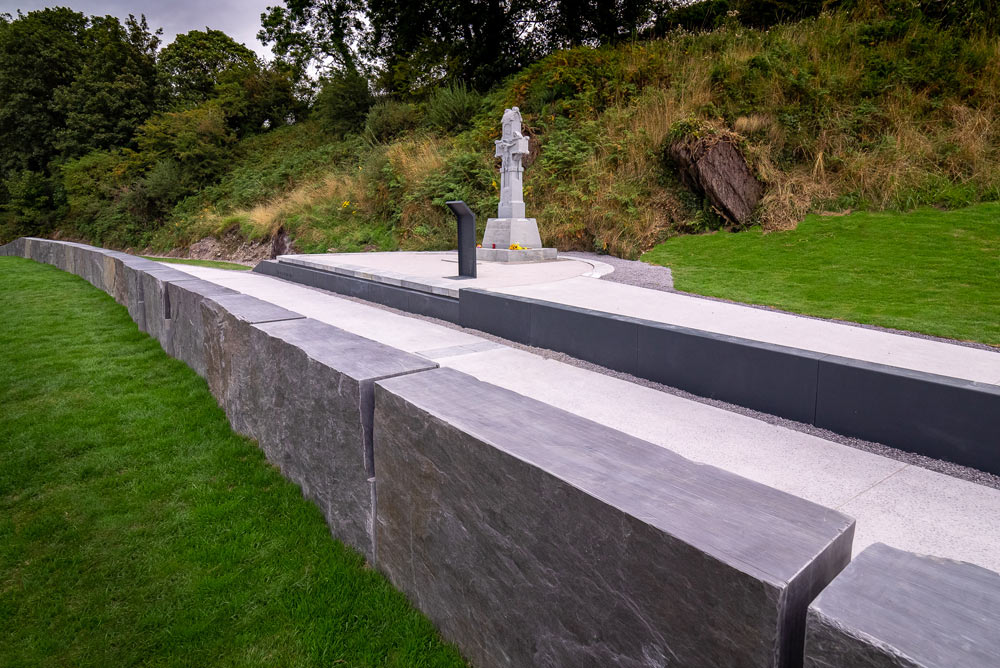 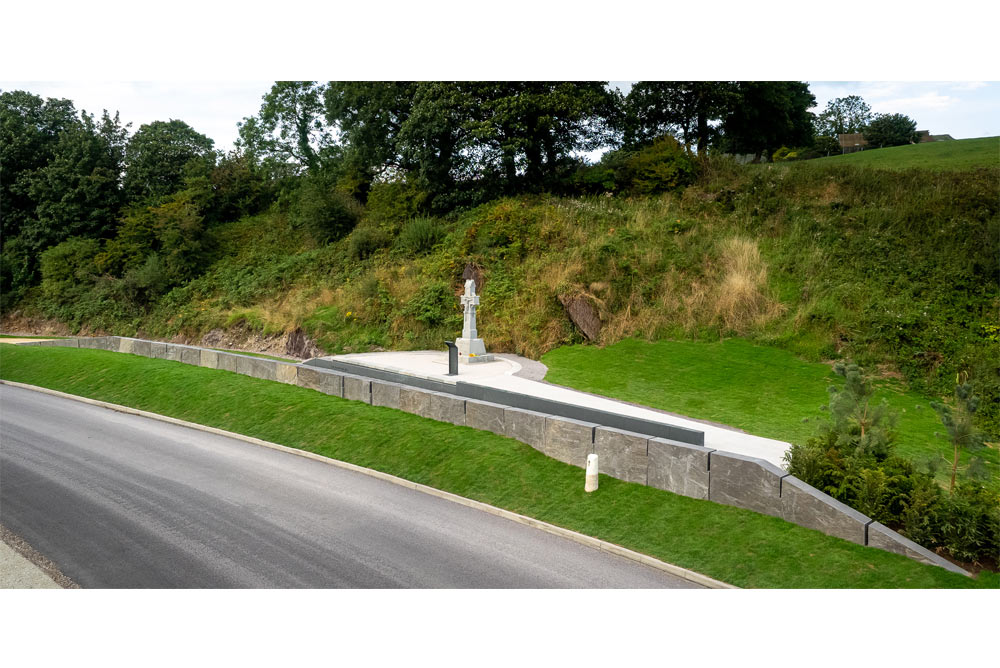